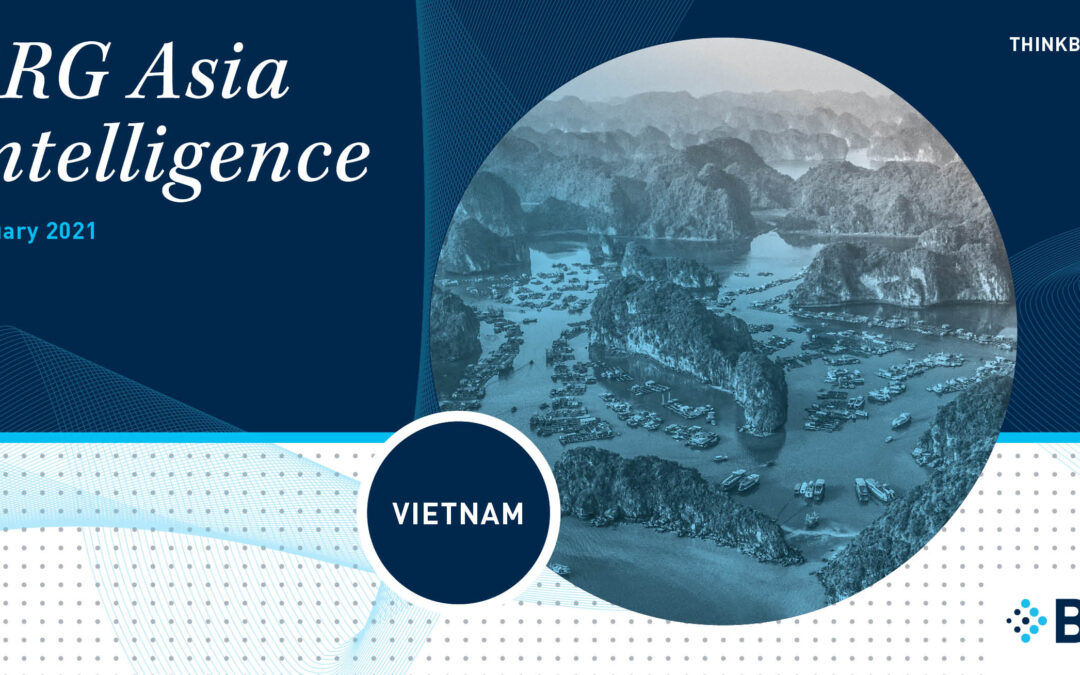 Vietnam has been a star performer and an exemplar of resilience in a tumultuous year of natural disasters, the COVID-19 pandemic, and a global recession. Although its economic growth slowed in 2020 to its weakest in three decades, Vietnam still registered a growth rate among the world’s highest and is set to resume significant economic expansion this year. Top investors in the country stand to receive robust dividends, but the degree to which this rosy prediction materializes will be influenced by the leadership composition decided and goals set during the 13th National Congress, which is scheduled to take place later this month.

Akin to previous congresses, the outcome remains highly uncertain and is contingent on numerous last-minute bouts of backchanneling and horse-trading. In this issue of BRG Asia Intelligence, we conduct a high-level survey of top contenders, their places in the race, and potential outcomes and implications.

Whoever clinches the top spot of general secretary would likely have to spend the first two years of his tenure to solidify his power base and weaken rival factions. However, the sentiment on the ground indicates broader political stability is likely to prevail and Vietnam would, in large part, continue to be adept at regulating its ideological proclivities and geopolitical considerations to maintain its current trajectory of openness to foreign investments, from both the east and west, particularly for its export-oriented industries.